Get to know your Dieterich area flooring experts 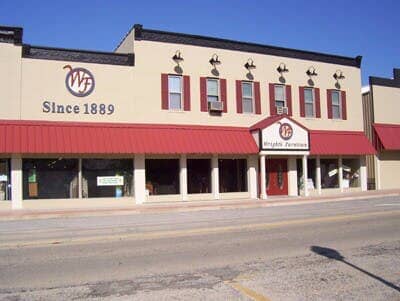 Wright's Furniture was founded in 1889 by George W. Wright. At that time many residents of Dieterich were taking advantage of inexpensive land prices in Arkansas and George W. Wright was no exception. Although G. W. Wright was postmaster and owner of the general store, the temptation of developing a new part of the country was too strong and so he loaded his life's possessions on the train and prepared for his new life.
Evidently, G. W. was not the only proprietor bitten by the "adventure bug", because the owner of the local furniture store met with G. W. Wright in an attempt to persuade him to give up his place on the train and purchase the furniture store. George W. Wright was not eager to give up his place on the train. However, he stated he would if he could purchase not only the local furniture store, but also the local funeral parlor. Late into the night these businessmen still bartered. Finally, at approximately midnight on the eve of the trains departure, a deal was struck! G.W. Wright unloaded his train car and Wright's Furniture and Funeral Home were both born. The furniture store was first located on the south main and then moved to its present location during the Depression.
G.W. Wright passed his business to his sons George B. and Arlin Wright. When Arlin died, George B. took full ownership. In 1970, George B. sold the business to his son Cedric. The business flourished under Cedric's leadership and expanded into many other buildings on north main street. In 1991 a major expansion was undertaken with the addition of a 4,000 square-foot La-Z-Boy Gallery. This addition brought the showroom space to more than 35,000 square feet. In 1996, the former Niebrugge Lumber Company buildings were purchased. These buildings were remodeled to accommodate showrooms and warehouse space. In June of 1997, Decorating Interiors in Effingham was purchased and renamed Wright At Home Interiors. This marks the first time our business has expanded outside of Dieterich. It also fulfills a desire for us to enter the area of interior design with window treatments and wall coverings. Today Wright's Furniture Inc. provides employment for 25 area residents with Cedric Wright serving as chairman, Tom Wright as president, John Wright as vice-president, Ruth Wright as secretary-treasurer, and Tammy Wright as treasurer. 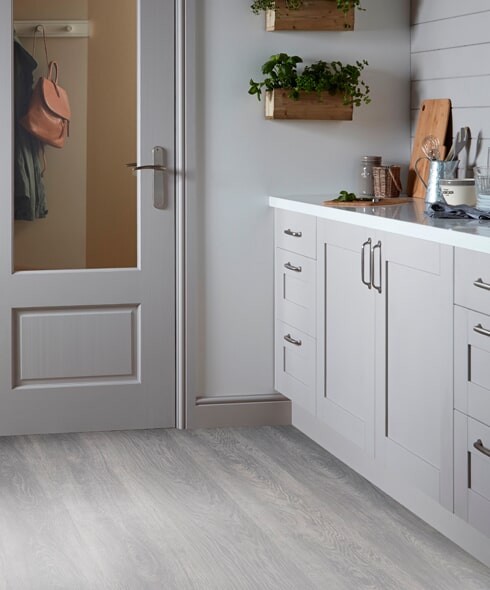 Get to know the pros at Wright's Furniture & Flooring

My name is John "Juice" Wright. I am a member of the 4th generation to work at Wright's Furniture and Flooring. I serve as vice president and I specialize in flooring. I live in Dieterich with my lovely wife Tammy and we have 3 children, Jessica who lives and works in Champaign, Devin, and Taylor.

My name is Tom Wright. I am a member of the fourth generation to work at Wright's Furniture and Flooring. Currently serving as president, it is my honor to help carry this family business to the fifth generation. I live in Dieterich with my wife Linda and we are the parents of two sons, Brandon and Alex.

My name is Brian Hardiek. I am a flooring specialist with the Wright family. I was born and raised in Teutopolis and live there now with my beautiful wife Gail. We are the proud parents of 3; Allison 21, Tyler 19, and Isabella 10. I look forward to helping you with all of your flooring needs.

My name is Mike Elliott. My family and I live in rural Jasper County. I have worked as the professional carpet cleaner for Wright's Furniture and Flooring since 1993. I enjoy the opportunities our customers give me to make their homes a healthier place to live, to improve the appearance of their carpet, and to extend its life. Remember: It doesn't get any cleaner than this!

My name is Diane Shafer and I am starting my third year at Wright's Furniture this year. I live near Woodbury with my husband Thad. I am responsible for purchasing and accounts receivable, so if you have a question about your bill or would like information about financing, I will be happy to help you. You can also call me to schedule a carpet cleaning appointment, or if you need a replacement part or have a question about your furniture, I can take care of that for you.

My name is Amy Vogt. I have worked at Wright's since November of 1998. I am responsible for the bookkeeping at Wright's.

My name is Karen Brumleve. I have been with the Wright Furniture Family for close to 17 years. I enjoy my job today as much as I did when I started here. I regularly go to client's homes and businesses to help them make decisions regarding furniture and flooring to fit their needs. I work with some of the best sales staff in the area. They are professional, knowledgeable, and so great to be around. You will hear this often coming from me: "Let us make your house a home."

My name is Jody Britton. I reside south of Dieterich with my husband Chad and our 3 kids, Gracie, Maggie, and Pete. I have been with the Wright family for 25 years. The best part of my job is the people I meet and getting to be a part of their home.

Hi, my name is Abby Rogers. I joined the team at Wright's in October of 2011. I reside in Effingham with my husband and four children. I have eight previous years of design consulting experience. I really enjoy the home furnishing business. Building a relationship with my clients is very important to my success. I feel that I can truly focus in on what customers need to make their house a beautiful home.

My name is Linda Heuerman; I reside in Dieterich with my husband and family. I began my career with Wright's in September of 2008. I spent three years in the accounts receivable department before I joined the sales team in October of 2011. I enjoy assisting clients' with their furniture needs whether it's a single item or an entire room full of furniture, flooring, and/or accessories.

Meet with one of our skilled project specialists to get started